The archetypal image of evolution is the ascent of man. This image represents Homo sapiens as a sort of pinnacle of evolutionary achievement. This is probably because, as humans, we like to think of ourselves as special - and in many ways we are. Just think of all the amazing little bits that come with every new human body, all working together seamlessly to make a complex, fully-functioning machine. But when it comes to evolving quickly, bacteria are the truly special organisms, able to escape and evade the best of modern medicine.

Smug as this might make us, it’s time to realise that, despite how well humans are doing, we are, in reality, the camper vans of the evolutionary race. We may be super-charged, uber-trendy VW vans but we are hardly the sleek elegant machines we associate with sports cars. No, we are, most definitely, camper vans. This isn’t necessarily a bad thing, I mean we do very well for ourselves, but then again this is hardly surprising with the amount of stuff we are carrying about. For example all the extra grey matter we are carrying around does let us learn and adapt to most situations but there is so much of it that our brains can’t even fully develop during gestation. Our brains grow more after birth than any other animal's. This is simply because a fully developed brain would get stuck in the birth canal. So we are born with underdeveloped brains; that is one reason why human babies are so helpless.

The approach of packing something for every eventuality is one way of approaching the world, just have a look at the Swiss army knife’s popularity, but it isn’t sexy; when was the last time an extremely functional anorak made an appearance at London fashion week? What I want to know is where are the Mazdas of the evolutionary race? What are the sleek, stylish and sexy organisms that, whilst we, in our metaphorical anoraks, try to find the right implement to remove something from a horse’s hoof, drive past jeering at our fuddy duddiness? Come to think of it, they are unlikely to be using the word fuddy duddy but the point stands. 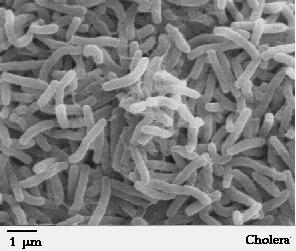 Shock that it may be, these young stylish whipper-snappers could probably not be evolutionarily further from us; they are bacteria. Whilst the DNA that makes up our genome has collected a huge amount of material over the years, including retroviruses that have taken up permanent residence and other repetitive elements of DNA previously labelled as junk, the bacterial genome is a much more stripped down affair. Not only this, but bacteria are very small, smaller in fact than even a single human cell. This allows them to reproduce extremely rapidly. Couple this to the massive bacterial populations that inhabit our bodies (there are in fact more bacterial cells in a human body than there are human cells) and there can be real problems associated with treating infections.

Among a massive population of bacteria there will be variation, and if you take antibiotics some bacteria may be more susceptible and others less so. If you then stop taking the drugs before finishing the course the less susceptible bacteria may survive and due to their rapid reproduction could quickly repopulate the available space producing a wholly resistant population. This is human evolution on speed. Think how long it would take the human population to recover if something came into the environment and killed off all but the most hardy 0.1%; it would be measured in centuries not days. In bacteria it takes closer to hours. In this way, advantageous mutations can rapidly appear in a massive majority of bacteria when a strong selective pressure, like an antibiotic is applied.

Not only is the bacterial genome sleek but it is also flexible, allowing variation to occur in ways which are totally foreign to a human-centric view of evolution. Horizontal gene transfer allows bacteria to exchange genetic information through various mechanisms called transformation, conjugation and transduction. This basically means that an advantageous trait can be spread through a population more rapidly than the traditional model of evolution would allow.

To illustrate this, here is a more human example. Imagine a gene arising that gave an individual a third arm and that this gave them a selective advantage. Among humans it would need them to have more offspring than people with two arms, and then their children would need to repeat the process. This would allow the spread of this advantageous character to occur over many generations - a very slow process. Now, instead, imagine that humans were as genetically flexible as bacteria. That gene could be passed on to other members of the population right here and now and as such the gene could spread rapidly through a population in less than a single generation in a manner analogous to how glandular fever rapidly spreads through a population of teenagers. Horizontal gene transfer like this allows rapid changes in a bacterial population and explains how just a single resistant bacterium can cause big problems.

In fact a major problem is that bacteria are so flexible that these genes can pass species boundaries. So a resistant, benign bacterium could lead to big problems in the future if its protective machinery ended up being transferred to a pathogen like Salmonella. This is one reason why inappropriate use of antibiotics is discouraged. Bacteria which are normal residents in your body will be exposed, selection will occur and the hardier ones will survive and spread. These will then be the resident microbes in your gut and if a pathogen comes along later it might end up borrowing the protective genes from bacteria which were previously your allies, making the pathogen resistant to our preferred mode of attack, antibiotics.

The Future Of Antibiotics

So if bacteria are so amazing where is there hope for us and the future of antibiotics? If one surviving bacterium can repopulate so rapidly and can then pass its resistance to other species of bacteria what can we do? Well the proper use of antibiotics should ensure that all bacteria are eliminated preventing the outgrowth of a single resistant strain. This is why doctors tell you to take the full course of antibiotics even continuing when you are feeling better.

Secondly the very economy of design that makes bacteria so sleek can, potentially, be used against them. If bacteria chuck out anything useless over time as I suggested earlier then why would they keep producing something to block antibiotics if there are no antibiotics about? After all making these things takes energy and materials which could go into making more bacteria. As a result maintaining some resistance genes can be detrimental in the absence of a selective pressure. This won’t work for all resistance (as there are different methods of becoming resistant and only some of them require resources) but if certain antibiotics are rotated leaving periods of time where that antibiotic isn’t used, then resistance rates drop. This means that in the future the same antibiotic can be used again and it will have a much higher success rate.

There is some future for antibiotics but this is tied up with more responsible use and with development of new drugs (unfortunately antibiotic development doesn’t get that much priority, due to the rapid acquisition of resistance in bacterial populations meaning there is little profit to be made in new antibiotics). So the genetic plasticity and rapid reproduction of bacteria means that severe selective pressure through antibiotic use can lead to periods of rapid evolution.

These considerations, which require not only an appreciation of evolution but also an appreciation of bacterial biology, are crucial if methods of antibiotic use are to be effective. This is crucial if we are going to be able to save ourselves from regressing to a time where there weren’t drugs and mortality from infection was high. Thus evolution is not only a theory to help explain where humans may have originated but also a process which is occurring around us now, and if we don’t try to understand and apply the rules we are going to lose the game to our sleeker, sexier competitors.