Darwin died in the spring of 1882. His last major published work was on the earthworm: The Formation of Vegetable Mould, Through the Action of Worms went on sale in 1881. Somewhat surprisingly it was a big hit, initially selling more copies than The Origin did. For Darwin this last work was a return to his early interests: invertebrates were his first major passion; he studied sponges under Robert Grant in Edinburgh and feverishly collected beetles in Cambridge. He kept his interest in invertebrates throughout his life and by 1881 had been studying worms for many years.

Darwin’s work on worms during his latter years also reflected his interest in processes that, acting slowly and gradually over time, have a huge impact. The habits of earthworms do just this. As Darwin wrote ‘worms have played a more important part in the history of the world than most persons would at first suppose’.

To uncover how they play this role Darwin threw himself at his worm studies with as much childlike enthusiasm as he could muster; he was, until the day he died, eager to learn and full of ideas to help him do so. He set about a series of experiments to test the senses of worms; he had his children play instruments to them, his wife (who was trained by Chopin) played the piano to an audience of worms, light was shone on them, and they were vibrated, blown on and tickled. His conclusions:

‘Worms do not possess any sense of hearing. They took not the least notice of the shrill notes from a metal whistle, which was repeatedly sounded near them: nor did they of the deepest and loudest tones of a bassoon. They were indifferent to shouts, if care was taken that breath did not strike them. When placed on a table close to the keys of a piano, which was played as loudly as possible, they remained perfectly quiet’

Darwin measured how much material they would ingest (eat), and how much they egested (pooped). He estimated how many worms there were on average in a given amount of soil, showing that all the soil in Britain ‘has passed many times through and will again pass many times through, the intestinal canals of worms’. 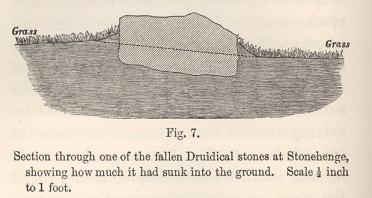 The rate at which worms process the soil can explain how ancient ruins are buried: Darwin calculated that worms push up eight tonnes of earth through the casts at the entrances of their burrows. He even carried out experiments to show this could happen within a human lifetime, he laid a stone in his garden, which was not to be disturbed, and measured the rate at which the earth was raised around it.

Darwin showed for the first time that worms increase the fertility of soils by aerating and mixing rotting material, this allows better root growth and water retention. By doing so he revolutionised compost heaps everywhere!

But another worm (actually a nematode), Caenorhabdtis elegans, has become one of the key work horses for biologists. Their development is known in immense detail - the fate of every cell produced during development is known, and the sequence of the complete genome is known. They are used to investigate how bodies develop, how they differ between species, how they evolve, and how behaviour evolves.