Over the last century, species have been transported across the globe in unprecedented quantities. In some cases, a non-native species can spread widely, outcompeting the native community, and causing massive ecological and economic damage. Governments spend billions each year in controlling these invasive aliens and it is an important subject of study in biology. As with every area in biological research, knowing how invasive species and the communities they may damage have evolved is essential if we are to understand them.

A Weed By Any Other Name

Upon first consideration, invasive species may seem hard to understand in terms of evolutionary theory. If, through ‘survival of the fittest’ a community evolves so that only those best-equipped for those conditions remain, how can a novel intruder compete, and even surpass, those species which are adapted for that environment, refined over many generations? The explanations can often be found in a few important traits, for which the evolutionary driving force behind their development may even be quite simple.

Certain organisms are more likely to be invasive than others, and specific traits common to many of these have been identified. A key feature, at least among the earlier invasive species, was ‘weediness’, a term describing species which can grow to reproductive maturity quickly and produce lots of highly dispersing offspring. Such species have evolved in many environments, generally as a result of trade-offs between these ‘weedy’ traits and being a better competitor, using resources more efficiently but growing more slowly and producing less offspring annually. Both strategies can coexist, as when a habitable area is empty, it is initially colonised by a weedy organism, which is eventually usurped by a better adapted competitor. When this competitor dies, the cycle begins again, and so across the habitat both strategies persist.

Several ‘weedy’ traits result in such organisms being more commonly invasive. The weedy species is more likely to be transported in the first place, due to its larger amount of reproductive propagules, and the propagules themselves are often smaller and better dispersed, hence more likely to travel by natural means or be accidentally carried by humans. Upon arriving at the new environment the fast growth and reproduction of a weedy species then allows it to become established very quickly, while a more slow-growing variety could face problems becoming established.

Change In The Community

Another common feature of invasive species is an ability to alter the ecosystem in some way. For example, many plants from chronically nitrogen poor locations have evolved mechanisms for fixing atmospheric nitrogen, enriching the soil. In some nitrogen poor areas, however, as in the volcanic soils of Hawaii, no such species exists, so an invasive group with this ability is exploiting an unoccupied niche. They can become established very rapidly, and as they drastically alter the environment, may be very damaging to the native species, facilitating their continued success and even making the habitat more colonisable for other invasive species. 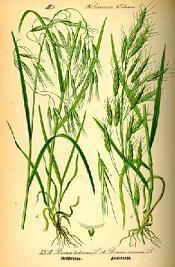 Invasive plants from fire-prone habitats provide another example of facilitation. The grass Bromus tectorum evolved in hot areas which would burn regularly, and to cope with this has adaptations to grow very quickly and become very successful after fires, and even leaves large amounts of dry, dead matter to encourage frequent, strong fires. As an invasive species, it can cause fires for communities which would normally burn only very rarely. This increases its success in the new habitat and paves the way for other fire-adapted organisms to enter.

Beyond the invasive species itself, the community it is introduced to has characteristics determining how susceptible it is. Darwin himself wrote, in On the Origin of Species, “High species diversity should result in limiting resources being used more completely, thereby preventing invasion by potential competitors.” While this statement is correct, the real situation is a little more complicated. High species diversity does indeed indicate that more of the possible ecological niches are exploited, and exploited more fully, and in small, species rich areas invasion is harder. At the larger scale, however, high species diversity is more indicative of simply more favourable resources. In this case, the invasive species may actually do better, as it too has a more advantageous environment, while the other abilities which allow it to invade remain undiminished.

The fact that the members of the community being invaded have evolved together may also work to the invader’s advantage. Many predator/prey groups show co-evolutionary ‘arms-races’, in which they both become more specialised – the prey become harder for the predator to catch and/or eat, and so the predator in turn becomes better at catching and/or eating it! For instance, many creatures have tough shells to avoid being eaten. Birds which prey upon such animals have evolved various beak forms, some of them very specialised for certain prey. It may be so specific to one type of shell, that when a more basic form arrives it is unable to eat it, so the new species is not eaten. The more basic form could even be at an advantage over the native prey, for it may not be investing so much in building up defences.

This type of interaction also occurs for diseases - as a plant evolves to produce certain molecules for defence against a pathogen, the pathogen may then evolve to start its attack by blocking this defensive component. The host then begins its defence by indentifying this new pathogenic compound, a cycle which culminates in very specific compounds produced by the host being required before the pathogen can attack. As a result, a new species, which even though it has not evolved any defences for the new diseases it encounters, may be able to avoid attack. The converse of these predator and pathogen specialisations is true for the invading species; by moving it has escaped from predators and parasites which had evolved to attack it efficiently, and from any competitors which may have adapted specifically to outcompete it.

A special case to consider is if an island community is being invaded. Due to the greater difficulty in colonisation, important groups may be missing from the island ecology. Islands therefore may have more open niches, if no native species are able to exploit specific resources. So, an invading alien that can exploit one of these niches will quickly succeed. This is true of abiotic (non-biological) resources, akin to nitrogen fixation as described earlier, but also of biotic (biological) resources. Species which the invader preys upon may be ‘naïve’ if they have never previously encountered something that targets them. 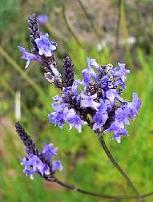 Islands without any native large mammals are home to plants which seem familiar but lack specific physical or chemical deterrents. For example the species of lavender Lavandula canariensis found on the Canary Islands will be eaten by browsers, while most other lavenders are avoided. Ground-nesting birds on other islands have been severely reduced, or even driven to extinction, following the introduction of rats and snakes, where previously there was no comparable predator.

To limit the impact of invasive species, by far the best strategy is to stop non-native organisms from entering in the first place. New Zealand in particular spends a lot of money implementing strict controls to prevent unauthorised biological matter entering the country. If an invasive species has already become established, then its control can only really be brought about through continuous manual labour. Introducing one of the pest’s antagonists from its original habitat may be considered, but this rarely leads to elimination of the invader, and any new introducion must be selected extremely carefully – unless it has evolved to be highly specific in targeting the current pest you may simply be adding another problem!

In order to understand invasive species, the evolution of them and the community they enter into must be considered. The field, which continues to be of great importance, highlights how evolutionary theory is required to make sense of any biological subject, and it is impossible to imagine how little we would know without Darwin’s monumental impact. 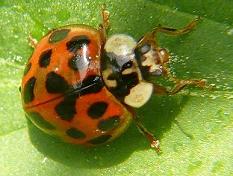 Elsewhere, in the Zoology Department, Dr. David Aldridge studies invasive mussels which put our native ecosystems under strain and cost industry millions of pounds a year. He has even developed a ‘bio-bullet’ which selectively targets one invasive species and can be safely released into rivers.

Dr. David Coomes, from the Plant Sciences Department studies invasive species in New Zealand such as red deer and hawkweed, which have greatly altered the New Zealand landscape.