Darwin’s ideas of natural selection are well-supported by the fossil record and the relationships between living species, but as evolution is often a slow process the changes caused by natural selection are not always easy to observe. However, we now have many excellent examples where scientists have caught evolution in the act of changing a species. One great case is that of the melanism in the peppered moth, which has two colour morphs – one mottled white, one black. As pollution levels rose and fell in Britain the numbers of these two morphs changed, but why? Careful observations and tests over the last century have firmly shown natural selection is responsible. Melanism occurs in many species, and has recently become a useful trait for understanding how selection acts on genes. Here we discuss melanism in peppered moths and vertebrates.

Before Pollution In Britain

The peppered moth (Biston betularia) is a moth which flies during the night and rests on trees during the day, where it is camouflaged to hide from birds. The two most common forms are called typicall, a pale speckled moth which is well-disguised on light-coloured lichens growing on trees, and carbonaria, a black (or melanic) moth which is easy to see on the same background. Both are different forms of the same species, like humans with blonde or brown hair. Before the Industrial Revolution, when there was much less pollution, many trees were covered in lichen and the typical form was well-camouflaged when resting on them. Because the carbonariaform stood out against this pale background, birds foundcarbonaria moths much more easily than typical, so carbonariawere more likely to be eaten, and so less likely to survive to pass on their genes. This meant that the carbonaria form was rare.

As coal-burning factories were built, air pollution increased significantly, which killed off the lichens and blackened the trees with soot. On this dark background, the pale typical moths were no longer well-camouflaged and were easily caught by birds, but the carbonaria moths were harder for birds to see, so more carbonaria survived to breed and pass on their genes, and this dark type of peppered moth became more common. By 1895, 98% of moths in heavily-polluted Manchester werecarbonaria. Armed with Darwin’s new theory of natural selection, J.W. Tutt, an English entomologist, hypothesised in 1896 that the change in colour was due to selection pressure based on how often birds were able to spot the moths.

This prediction was left untested until Kettlewell, an Oxford biologist, and the famous ecological geneticist E.B. Ford at Cambridge, began testing this idea in the 1950s with direct observation of predation of moths from tree trunks. Using mark-release-recapture techniques Kettlewell carried out experiments in a polluted oak woodland in Birmingham and a non polluted one in Dorset. The work provided strong evidence to support Tutt’s differential predation hypothesis showing a good correlation between frequency of melanics and pollution.

After the Clean Air Act was introduced in the 1950s, trees regained their former appearance reversing the selection pressure, and with the mottled typical form now falling victim to birds less often their numbers began to increase. Sure enough, between 1959 and 1984 the population of the typicalform rose from 6% to 30%, and is continuing to increase its numbers with the forecast that the carbonaria form will be pushed to extinction by 2020. This shows that natural selection can work in both directions, and the decline in carbonaria has been monitored ever since.

Challenges To The Peppered Moth

In the late 1990s, questions were raised about some of Kettlewell’s scientific techniques, such as his placing of moths on tree trunks, where they had not frequently been observed to settle naturally. This led some people to doubt whether the evolution of the moths happened as had been described.

The criticism began when Professor Majerus, at the University Of Cambridge Department Of Genetics published Melanism: Evolution in Action in 1998, to mark the 25th anniversary of the release of Kettlewell's books on melanism. A quarter of the book deals with the peppered moth and brings the story up to date while summarising the facts and methods of the study as well as the criticisms against it. Majerus discusses problems in Kettlewell’s original experiments such as ‘Bird table effects’: the release of moths in unnatural sites at unnatural frequencies at unnatural times of the day, and the use of lab reared and wild caught specimens. These factors would individually tarnish the conclusions drawn by Kettlewell and Majerus rightly pointed this out. Indeed, the case would not be as strong were it not for subsequent studies that avoided one or more of these sources of artificiality but drew the same conclusions.

One reviewer of the book was less convinced. In his review entitled ‘Not Black and White’, American geneticist Jerry Coyne wrote a comment that sparked a series of articles in the popular press. He concluded that ‘for the time being we must discardBiston as a well understood example of natural selection in action, although it is clearly a case of evolution’. Articles that followed included ‘scientists pick holes in Darwin moth theory’, ‘Darwinism in a flutter’, ‘the moth that failed’ and 'moth eaten statistics'. Despite other positive reviews, including one slating the accuracy of Coyne’s original paper, the fuss it made was picked up by the anti-evolution lobby. With the aim of trashing the peppered moth as an example of evolution in action, the lobby promoted the claim that evolution as a whole was unsupported and wrong; perhaps reading Coyne’s quote above as 'for the time being we must discard Biston as a example of natural selection'. Note the difference!

Adding fuel to the fire, Judith Hooper, a science-journalist wrote Of Moths and Men: Intrigue, Tragedy and the Peppered Moth, a story about “fraud, deceit and self-driven ambition” based on supposed coded messages between Kettlewell and his supervisor Ford. Hooper’s tale promotes the notion that the peppered moth story was based on ‘data fudging’ and suggests a serious flaw in the study by neglecting predation by bats. This of course went down a storm with the anti-evolutionists and the popular media. However her book, which on the cover claimed to be ‘a riotous story of ambition and deceit’, was widely criticised by the scientific community. This included Coyne who states that Hooper ‘unfairly smears a brilliant naturalist’ and ‘has done the scientific community a disservice’.

During the period that the peppered moth case was under attack, Majerus devised a series of experiments to verify Kettlewell’s original findings and address the criticisms made against the case. This work was to take him over seven years. His methods allowed experimentation in the wild using natural densities of Biston released in their natural resting position at dusk and at the time of year they are active, and he compared results obtained using lab reared and caught moths. He addressed all the major criticisms made and even carried out an experiment comparing rates of bat predation on the different forms to test Hooper’s claim that bats and not birds were the most important predators.

Majerus’ results showed that, unsurprisingly, bats (which use sound not sight in their hunting) do not show differential selection of either form. He identified the natural resting site of the moths and definitively showed that, in his unpolluted test-site, a significantly greater proportion of carbonaria were eaten by birds than typical, and that typical is increasing in numbers. Differential predation by birds was sufficient to drive changes in the frequencies of the two forms. Majerus’ data therefore confirms Kettlewell’s experiments and re-affirms the peppered moth as a text book case of evolution in action.

Of Mice And Moths (And MC1R)

More recently the peppered moth has gained a mousey counterpart. Michael Nachman and his colleagues at the University of Arizona have done a lot of work on a species of mouse called the rock pocket mouse. Rock pocket mice have populations in Arizona that live on different coloured rocks. Some of the Arizonian rocks are pale coloured sedimentary rock, others are black volcanic rocks. Rock pocket mice that live on and around the pale rocks have sandy coloured hair, perfect camouflage from avian predators. Populations of the mice that live on and around the dark black volcanic rock have dark brown coats, again perfectly camouflaged for their habitat! Both populations are from the same species and are very closely related, but both are adapted to their local environments. The ancestral colour was probably the sandy colour; at some stage a mutation occurred that made the coat darker. These dark individuals were easy prey for predators on the light rocks, but when they dispersed onto the darker rocks they were very well camouflaged and survived and spread.

Nachman and his team were able to pinpoint this mutation to a gene called MC1R. MC1R is a key part of the melanin pigmentation pathway in vertebrates, acting to control how much dark and light pigments are produced.

Melanism, the presence of dark and light coloured forms of the same species, is very common in vertebrates. There are melanic jaguars, birds, snakes and monkeys to name a few. In many of these cases MC1R has been found to be responsible for the difference in colour. For example Dr. Nick Mundy, who works in the Zoology Department at Cambridge, has shown thatMC1R is involved in melanism in birds such as bannaquits, snow geese and arctic skuas as well as in a primate called the lion tamarin. 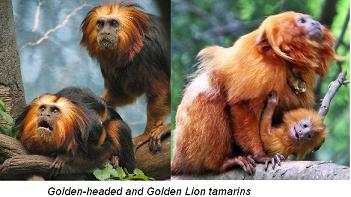 The fact that the same gene is involved in pigmentation in such distantly related animals is really interesting. It’s another example of a gene with a conserved function through evolution, but also tells us about factors influencing what genes are involved in evolutionary change. MC1R appears to be important for the evolution of pigmentation because it has quite a specific function. When it is mutated it doesn’t affect other traits as much as mutations in other genes in the pigmentation pathway. This allows pigmentation to evolve without affecting other aspects of the animal's fitness! You can read more about Nick Mundy’s work here.

Sadly, after a short but severe illness Prof. Majerus died in January 2009. Majerus was a very passionate advocate of evolution and a great teacher; he lectured many of the people involved in this website.

Majerus’ work is also an excellent example of how to approach scientific debate and in particular debate involving non-scientists such as creationists. Many of the criticisms made against the peppered moth story had little scientific basis, but Majerus still approached the debate in a truly scientific way. By going out and testing the significance of criticisms made against the case, including those which have little scientific grounding, he firmly refuted them using the basis of well established facts. That’s what good science is about, testing hypotheses and collecting evidence (even if it takes 7 years!). 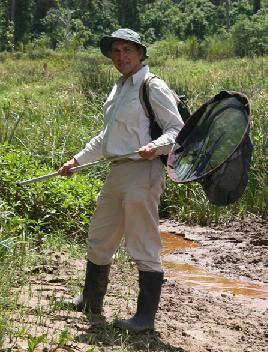 The example of the peppered moth is a priceless example in the teaching of natural selection. After a period of expulsion, Majerus’ last great study strongly shows it should be given back its place in schools.