From Wilberforce To Dawkins: Evolution & Religion

The publication of Darwin’s On the Origin of Species and later of The descent of Mantriggered fierce debates and raised many questions about life and its origins. This led many people to reconsider their world view, while others remained adamant that the whole idea of evolution was preposterous. Disputes continued throughout the twentieth century and remain alive today surrounding issues such as Creationism and Intelligent Design. While some attempts have been made to reconcile religious and scientific belief systems, it seems inevitable that debate will continue into the future.

A Climate Of Change?

Darwin was by no means the first person to question religious claims that a deity created the universe and all living creatures on Earth. Aristotle, Erasmus Darwin, Buffon and Lamarck all proposed that nature itself could have performed a role. However, until Charles Darwin these ideas were held, outwardly at least, by very few people. The vast majority accepted the word of the Church as fact. Darwin himself grew up religious and remained agnostic until his death.

In early nineteenth century Britain, the Church held massive power; it owned land and property, controlled schools and was heavily linked to politics. Accepting Christianity was a statement of social position. People feared attacks on religion as it was seen as essential for keeping society under control.

But things were changing. The 1832 Reform Bill significantly altered British life. People moved into towns, welcoming advances in transport and medicine and seeing science as the way to a better life. People also began questioning theology. Concerns were made over the validity of evidence for biblical miracles, and a historical approach was adopted to studying the bible. Further conflicts emerged over the age of the earth as geology became increasingly popular. As people recognised these alternative explanations the Church started to fragment, though many people did remain avid theists.

William Paley, whose work would later prove extremely influential for Darwin while studying at Christ’s, provided a stepping stone from religion to evolution. He advocated ‘natural theology’, the idea of searching for evidence of God within nature. While undoubtedly a creationist, he sparked ideas about nature as a tool. Darwin himself saw the creator as an external force that brought the world into existence but allowed it to run due to inbuilt natural laws.

Particularly influential was the publication of Vestiges of the Natural History of Creation in 1844. This suggested a means of earth formation, evolution and future human changes without a creator. God existed, it claimed, but simply to let nature take its course. This work caused an enormous uproar, and was fiercely opposed by Hugh Miller’s Footprints of the Creator and testimony of the rocks.

On the Origin of Species was published in 1859, triggering immediate discussion. Over ninety leading newspapers and periodicals reviewed the work. Most periodicals (for example, the Christian Observer and the Rambler) were hostile.

Opposition stemmed from the direct challenge of natural selection to the truth of the creation story and miracles. People were frightened that evolution removed the need for a ‘greater purpose’ in life, and for morality. They claimed that God would not allow mindless sacrifice and suffering. 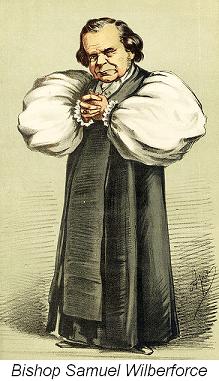 This animosity fuelled the formation of anti-evolution organisations such as Cardinal Wiseman’s ‘Academia’ and the Protestant Victoria Institute. It also led to much ridicule and debate. Cartoons of Darwin’s head superimposed onto a monkey’s body appeared, and Cambridge students dangled monkeys from the Senate House roof when Darwin went to collect his honorary degree.

Perhaps the most famous event of this kind was the Wilberforce debate. On June 30th, 1860 at the Oxford University Museum, a heated debate ensued between Bishop Wilberforce (a Creationist) and Thomas Henry Huxley, an English zoologist known as ‘Darwin’s bulldog’ because he passionately defended Darwin’s theory from religious attack throughout this period. The debate was part of the meeting of the British Association for the Advancement of Science. Much shouting and hurling of insults occurred, and the event was widely publicised. Both sides claimed victory, but it is widely believed that the Darwinists were victorious. This debate has come to symbolise the conflict between science and religion.

Not all reactions were hostile; many newspapers claimed thatThe Origin’s publication marked a new era of scientific discovery. In 1860 seven English scholars acclaimed natural selection and attacked religion in Essays and Reviews. This caused a great uproar; 11,000 Anglican clergymen signed a declaration stating that the Bible and its miracles must be taken literally. But the damage was done – ideas about evolution as opposed to religion had spread.

In 1863 Sir Charles Lyell, a very influential geologist who had previously opposed Lamarck and was a staunch Christian, published the Antiquity of Man which discredited creationism and added fuel to the fire.

Many people were not prepared to dismiss evolution or creationism. Some (including Alfred Russel Wallace) believed that while the body of man evolved, the soul could only have been created by God, distinguishing man from other living organisms. Others claimed that God created the universe, the earth and the first life forms, with evolution taking over from there. These ideas of compatibility caused more argument from theists, who were anxious that compromise would increasingly attenuate the requirement for a God until he became redundant.

Darwin’s second major work, The Descent of Man (published 1871) caused more antagonism. Major concerns this time were about man’s place in the universe. People clung to the thought that man was different from ‘lower’ life forms. The influential anatomist Richard Owen claimed that only man had a hippocampus minor, a region of the brain. However, Huxley later proved that this region is also present in other apes.

The Origin was taken to America by Darwin’s friend Asa Gray. He tried to integrate the theory into strongly religious communities by arguing that natural selection provided a mechanism for the improvement of living organisms and so was compatible with creationism and the idea of design. He wrote the book Darwiniana, arguing for conciliation between the theories. However, in doing this, he angered both parties because both theories were watered down in the process. 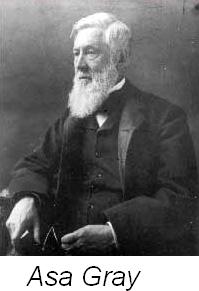 Many Americans, because of strong religious beliefs, remained resistant to Darwinism. The geologist Louis Agassiz was influential in this respect. He travelled through the states studying rocks and fossils, claiming that these features were evidence of the beauty that God created.

At the time of Darwin’s death in 1882, public opinion was very much in his favour – as more evidence accumulated many people began accepting evolution. This is clear because he was buried in Westminster Abbey next to other scientific heroes such as Lyell. Although the Catholic Church remained wary of evolution, discouraging its discussion until the 1950’s, Protestants were more accepting. In 1896 Frederick Temple, a supporter of evolution, was appointed Archbishop of Canterbury. This would have been unheard of half a century earlier.

As was outlined above, America was reluctant from the start to accept evolution. Books such as Draper’s History of the Conflict between Religion and Science highlighted issues arising between science and theology.

By the 1920’s, evolution had filtered into the education system. One of the biggest issues throughout the twentieth century and continuing today is which theory, creationism or evolution, should be taught in schools. The famous Monkey Scopes trial had a significant impact on views. In 1925 Tennessee passed a law (the Butler Act) banning the teaching of evolution in favour of creationism in state schools. 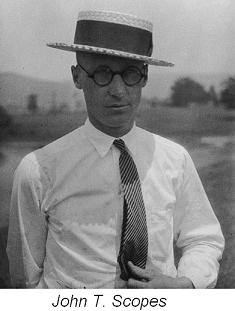 A young school teacher, John Scopes tested the law by deliberately teaching evolution, and was rapidly brought to court. Although Scopes was found guilty and fined, the case gained a vast amount of publicity and highlighted the issues all over America. The Butler Act was repealed as a result of the trial, in 1967, and in 1968 the United States Supreme Court prevented any state from banning evolutionary teaching to promote religion.

Education issues continued throughout the century, highlighting the great reluctance to accept evolution. In 1981 the Creation-Science research centre tried to prevent Californian schools from teaching evolution unless creationism was also taught. The centre tried to convince the court that creationism was a science, claiming to have found human footprints next to fossilized dinosaur prints and disputing evolutionary evidence. However, they lost the case.

In 1987 the US Supreme Court passed another law to clarify that schools could not promote a particular religion though teaching biases. Despite all this, many states still oppose the use of evolution text books and demand disclaimers that evolution is “only a theory”.

Recently, the debate has focused on a new concept, strongly related to creationism, known as Intelligent Design (ID). This was introduced by American biochemist Michael Behe in his book Darwin’s Black Box. He claimed that various parts of complex cellular machinery (such as bacterial flagella) could not have evolved gradually or by chance – they are ‘irreducibly complex’ so must have been designed.

The development of this theory enabled people to bypass existing laws against the teaching of creationism. In 2001 the Santorum Amendment (the ‘No child left behind act’) was passed, facilitating the teaching of ID in US state schools. This angered many scientists.

In the UK, the teaching of ID as a science has been rightly fiercely resisted. One key advocate of this attitude is Richard Dawkins, an evolutionary biologist who has gained a reputation for his outspoken views on religion versus evolution, particularly as a result of his book The God Delusion.

End Of The Story?

When Charles Darwin was born, religious belief was essentially universal in Britain and science was viewed with scepticism. Fortunately for him, attitudes were already beginning to change, so when he published the Origin people were already questioning the literal validity of the Bible. This meant that the religious lobby was perhaps less hostile than expected at this time.

Ideas spread and people began accepting natural selection as a valid scientific theory backed up by evidence. Some could not bear to leave religion completely, and attempted to reconcile the theories. It was not all a battle. Religion may even have inadvertently aided the acceptance of evolution, for example with Agassiz’s use of the fossil record and the ideas of natural theology.

Living with Darwin: Evolution, Design, and the Future of Faith
by Philip Kitcher, OUP: 2007