In On the Origin of Species Darwin wrote:
‘In the distant future I see open fields for more important researches. Psychology will be based on a new foundation, that of the necessary acquirement of each mental power and capacity by gradation.’

He was right. Evolutionary psychology is now an emerging, but already large field and is still growing. It has provided a framework under which to merge different areas of research and has made profound differences to the way we think about ourselves.

Darwin’s evolutionary theory provides the framework for thinking about human behaviour. His gift to psychology did not stop there; his work on human evolution and the expression of emotions demonstrated how empirical tests can be performed using data from different species to learn about how behaviour evolves. This “comparative method” is the most important method in evolutionary psychology.

An evolutionary approach to studying behaviour and psychology allows scientists to ask different questions about a trait. How does the trait develop within an individual? How has this trait evolved? What function does it serve? And what triggers the behaviour? These four questions are known as the phylogenetic cause, ontogenetic cause, ultimate cause and proximate cause respectively. The Nobel Prize winning animal behaviourist, Niko Tinbergen, identified these different ways of asking the same question; why does an animal display a trait?

By asking these questions evolutionary psychologists can understand how a trait contributes to an organism’s survival or reproductive success, and whether it has been shaped by natural selection directly, or is a mere by-product of something else which has been co-opted to perform a new job. Doing so can shed new light on human psychology.

There has been some resistance to treating human psychology with an evolutionary view point however. This is largely due to the incorrect assumption that the aim of evolutionary psychology is to reduce a behaviour down to the level of the gene; a gene for love, or a gene for hate etc. This is something you often see in the news but is incredibly misleading. It is not the aim of evolutionary psychology to discover a genetic ‘blue print’ for human behaviour; this would be a futile aim. The study of behaviour has revealed that the behavioural development is plastic, especially in vertebrates which have large brains, to allow them to adjust to changing conditions; indeed how plasticity in behavioural development evolved is also a major research interest.

What Did Evolution Do For Us?

So what has evolutionary psychology taught us about humans? Understanding human behaviour from an evolutionary perspective has opened many new fields. For example by comparing human infant behaviour with that of infant chimps we can ask questions about how the ability to interact socially develops, when infants learn to imitate or understand the intention of others, and what differences there are between human mental development and that of other apes. Other fields study sexual desire, sexual orientation, and mate choice. Parental care has also been a major field of study. 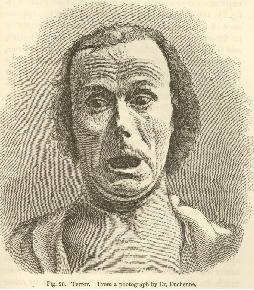 We now have improved understanding of how parental care develops and what effects occur in children when it develops abnormally. We have an improved understanding of how people make decisions, why societies exist, and why so many people believe in a religion. In short all aspects of the way we view ourselves and our behaviour have been touched by Darwin’s impact on psychology.

What Did Evolution Do For Others?

Psychologists don’t just study humans, much work on other animals applying the same framework. This has been another key change brought about by the impact of evolution on psychology; just as Darwin used comparisons with other primates to show that the expression of emotions is not a unique ability of humans, scientists can study animal minds in a comparative framework to reveal what they ‘understand’ about the world and how similar their psychology is to ours.

For example Prof. Nicky Clayton in the Department of Experimental Psychology in the University of Cambridge studies learning and cognition in birds, especially corvids (the crow family) and scrub jays. She, and others, have shown that these birds are capable of planning ahead, associative learning, recognising individuals and their personalities, and can use and manufacture tools; all these traits were thought to be unique to primates. By comparing the abilities of corvids and apes they conclude that complex cognition has evolved more than once in very different groups of animals!

What Did Evolution Do For Psychology?

Studying psychology within an evolutionary framework has revolutionised the field, allowing different approaches to be unified under one banner. Darwin also pioneered one of evolutionary psychology’s most important tools, the comparative method. The results coming from this new field continue to change how we view our behaviour and mental abilities, as well as those of other animals.