What does your ideal partner look like? Now what about their mind? To many of us the idea of someone who looks like they could belong on America’s next top model with a stellar IQ and a quick sense of humour is quite an appealing, albeit unlikely, prospect, but what if this didn’t have to be the case? Could we produce this kind of almost perfect human by a similar method to how we produced better milk cows? Could we improve the genetic stock of the human race?

Although not usually set in the context of a Frankenstein’s monster ‘build-your-own bride scenario’ this idea of biological improvement is nothing new. There have been people advocating the idea of improving the gene pool for a wide variety of traits throughout history from what could be seen as the more noble aims of reducing human suffering by reducing the rates of genetic disorders through to the creation of a purer, blonde-haired, blue-eyed race. This principle of improving human hereditary traits through various forms of intervention is termed eugenics. 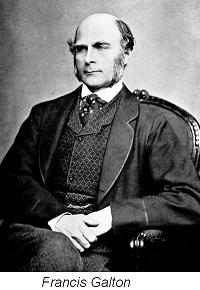 The original definition was formed by Sir Francis Galton, a cousin of Charles Darwin, and it extrapolated the principles found in On the Origin of Species to human societies. Galton feared that due to human civilization thwarting the methods of natural selection by protecting the most underprivileged and weakest members of society the human race would suffer from a ‘reversion towards mediocrity’. In order to prevent this Galton hoped that the more intelligent, and in his mind more ‘fit’, members of society could be encouraged to procreate more rapidly and thus improve the average ‘fitness’ of the human race.

This gentle encouragement did not remain the central principle of eugenics for long. After a while eugenics took on a character more often associated with artificial selection used to produce more desirable traits in livestock. Positive eugenics, increasing the birth rate of those seen to have advantageous hereditary traits and negative eugenics, reducing the rates at which less ‘fit’ parents produced offspring have both been utilised in the past. Both of these philosophies have produced their own unique forms of interventions. Positive eugenic policies often involve incentives for more ‘fit’ parents to produce more offspring whilst negative eugenics is more commonly associated with segregation, forced sterilisation and even genocide. Although more obvious when considering negative eugenics, both of these can be coercive restricting individual liberty for example in Nazi Germany abortion was illegal for ‘fit’ women thus improving fertility among the genetically advantaged.

Whilst it is tempting to believe that this sort of philosophy could only occur under as restrictive a government as found in Nazi Germany, this is not the case. In the United States several states passed laws allowing them to sterilise those they thought to be ‘unfit’ and this led to the forced sterilisation of roughly 60,000 mentally ill Americans. In fact the last of these laws remained in Oregon up until 1983 with the final sterilisation having taken place in 1978. In Sweden there was wide-spread sterilisation of ‘feeble-minded or racially inferior women’ which led to the sterilisation of 60,000 women. Britain almost passed a law in 1912 which would have allowed similar practices to occur but fortunately, Josiah Wedgewood, another cousin of Charles Darwin, stood against this law in parliament and prevented its passing.

These practises are abhorrent to most of us today but there has been a modern resurgence in the idea of eugenics in its traditional sense, although the term itself is usually omitted due to its negative connotations. Modern day ideas are non-coercive and this has led to the idea that they are not truly eugenics. The initial definition as laid out by Galton, however, had no mention of coercion and so it would seem that genetic engineering and designer babies belong under the heading of eugenics. Although these practices are more likely to be motivated by parents’ desires to provide every advantage to their child rather than a desire to improve the stock of humanity they lead to similar outcomes. These practises range from genetic-screening and the abortion of genetically disadvantaged foetuses through to the modern concept of using genetic engineering to develop ‘designer babies’. 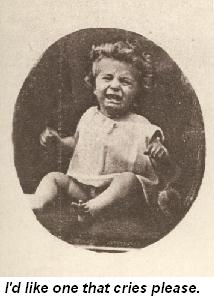 Some contemporary philosophers have even argued that it is our moral imperative to use our knowledge and modern technology to improve a child’s abilities, after all we spend a lot of time seeking to improve children through schooling and neglecting that would be seen as morally dubious why should this be different? Selecting to alter behavioural traits seems to be the more modern idea for example increasing intelligence or cutting down depression, but where do we stop? Another suggestion of a trait to be modified has been that of sexual orientation. Should we be ‘improving’ the human race? Do we really understand what we would be doing and what really constitutes improvement? Should we be selecting out foetuses carrying genetic diseases or could the rest of their complement of genes make them equally ‘fit’? These questions will become more important as the technology matures and makes some of these possibilities a reality. Where we all stand will be important in defining where this technology is allowed to move and thus the future of the human race.

Eugenics: The Future of Human Life in the 21st Century
by David J. Galton,Abacus: 2002

In the Name of Eugenics: Genetics and the Uses of Human Heredity
by D J Kevles, Harvard University Press: 1995